Before her untimely death at the age of 54 on the day after Christmas 2010, Teena Marie, known as “Lady Tee,” the Ivory Queen of Soul, wrote, produced, arranged and sang on 13 albums that have sold 2.5 million copies in the soundscan era. Starting with her 1979, Rick James-produced debut, Wild and Peaceful, Teena Marie’s many soul and R&B hits include “Square Biz,” “Behind the Groove,” “I Need Your Lovin’,” “Fire and Desire,” “Lovergirl” and “Ooo La La La,” a song famously sampled by the Fugees.

Teena Marie was working on her 14th and latest album for Universal Music Enterprises, Beautiful, at the time of her passing, the follow-up to 2009’s Congo Square, which peaked at #4 on the R&B chart and went to #20 on the album chart, producing the Top 12 Urban AC hit, “Can’t Last A Day.” Recorded at her Pasadena home studio and finished except for final mixes, Beautiful was seen through to its conclusion by Teena’s 20-year-old daughter Alia Rose, who sings with her Mom on two tracks, a cover of Curtis Mayfield’s “Give Me Your Love” and “Rare Breed,” which she co-wrote (Alia co-wrote two more songs on the album, “Sweet Tooth” and the title song). The first single, “Luv Letter,” which has just gone to radio, is just that, an homage to Tee’s Motown roots, with nods to Stevie Wonder’s “Signed, Sealed, Delivered I’m Yours,” and a dedication to Alia’s father, who just happened to be a postman, like in the Marvelettes’ song of the same name.

The project, with its intimations of death, was a difficult one for Alia, with her mom seemingly prescient about her destiny on songs like “Rare Breed,” where she sings, “I could say I have the world here in my hands and I believe/The angels slept beside me to protect my very dreams.” She even plays a radio DJ “broadcasting to you from a heavenly station” in “The Long Play.”

The album was co-produced by Teena’s longtime musical director, bassist/composer Doug Grigsby, whose credits include Michael Jackson, Patti LaBelle, Mariah Carey, Stephanie Mills, Teddy Pendergrass, Rick James and Luther Vandross, among others. It was recorded and mixed by Erik Zobler, whose studio credits include Jackson’s Off the Wall as well as recording projects with Miles Davis, Natalie Cole, Whitney Houston, Anita Baker and Gladys Knight, among many others. But the real impetus came from Teena’s only daughter, who made sure this final product would do justice to her mom’s legacy.

Songs like “Rare Breed,” which also features the late Rick James’ daughter Ty lending vocal support, “The Long Play” and the closing, Middle-Eastern flavored “The Perfect Feeling,” a track which was originally slated to go on Tee’s 2004 comeback album, La Dona, lend to the eerie sensation that the late performer is speaking to us from the other side, almost as if she knew her time was up.

“That made the album very hard for me to listen to,” agrees Alia, who acknowledges her mom dedicated the record, as well as its title song, to her. “I’ve been on a journey myself. And when we began mixing it, my life and perception of things started to change. Hearing the complete work, it’s an amazing, incredible piece. I honestly don’t know how it got done. She just left it there for me to do.”

Indeed, Beautiful‘s title track is a lush ballad composed by Teena Marie when she was vacationing on the Turks and Caicos Islands with Alia, who recalls is gestation, “just walking on the beach, having fun in the sand… thinking about how much of herself was in me.”

The sexy, sassy “Sweet Tooth,” which Alia co-wrote and sings on, was a tribute to “old-school West Coast hip-hop…She was thinking of Snoop when she did that.” “Love Starved,” “Definition of Down,” “The Long Play” (featuring Tee’s longtime back-up singer De De O’Neal) and “Cart Blanc” (co-written with close friend Daphne Wayne) are love songs dedicated to finding a true romance and then sticking with them through thick and thin.

“I think my mom had many experiences in romance,” says Alia. “She was a bit of a hopeless romantic, so much so that I don’t think she was ever completely satisfied. I think that’s why she wrote such amazing love songs. That was her expertise.”

The finale, “The Perfect Feeling,” about the commingling of two souls in eternity, is rooted in the Beatles’ trip to India and George Harrison’s sitar-flavored songs like “Within You, Without You” and “While My Guitar Gently Weeps.”

“My mother was a Beatles fanatic,” says Alia. “She was crazy about them. That’s why I love the song. It has that vibe. I jut listen to it and cry. It’s that beautiful.”

As for preserving her mom’s legacy on Beautiful, Alia says, “I want people to view it as the beautiful piece of art is it. I want the fans to enjoy it because my mother loved her fans more than anything. I’m going to let them decipher what it’s all about, because it’s pretty self-explanatory. It’s pretty amazing. It actually does sound like a final project.” 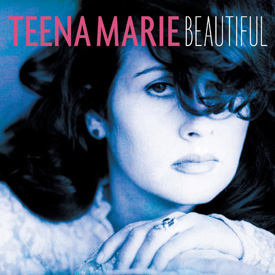 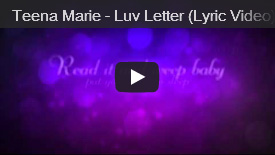